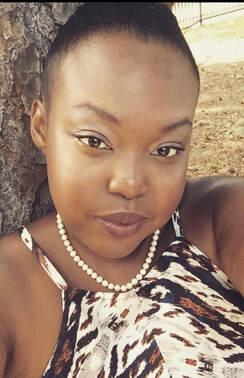 American fashion designer Chiarra Joseph, was born on November 1, 1984 in Tallahassee, FL. Chiarra gets the burning desire for creating beautiful things and an eye for fashion from her mother. She remembers designing and creating outfits from scratch at the early age of four. When Chiarra was young, she lived with her grandparents while her mother served in the United States Army. While stationed in South Korea, Chiarra's mother sent her custom-made garments. She loved to see the beautiful creations that were made specifically for her. Growing up, Chiarra would admire Barbie and doll clothes in the toy stores. Knowing her grandparents could not afford to purchase the toy clothes, Chiarra began making them herself using her grandmother’s silk hair scarfs.

Chiarra was eventually reunited with her mother and moved to Germany. There, her love of fine art was augmented by a young couple that worked as a cinematographer and photographer and would take her to museums. Chiarra is inspired by cinematography, fine arts, and street cultures. After living in Germany for several years, Chiarra’s family was stationed in Upstate Carthage, NY in the early 90s. Chiarra struggled academically and was diagnosed with a learning disability, so Fashion and art became her outlet at a young age. She began to experiment with her own personal style and aesthetic. As an early teen, Chiarra's family was given orders that they were being stationed in a new location. This new location was none other than South Korea, and it reunited Chiarra with all the beautiful fabrics and designs from her early childhood.  This move further ignited Chiarra’s passion for fashion and inspired her to pursue a career in the field.

Chiarra attended Savannah College of Art and Design (SCAD) and earned a Master of Fine Arts in 2012. Prior to attending SCAD, she also earned an associate degree in Business Administration from Jefferson Community College and a Bachelor of Science in Human Ecology, with a concentration in Apparel and Textiles from SUNY Oneonta. Chiarra also served as an adjunct professor at her alma mater, SUNY Oneonta, and taught the courses The Meaning of Dress and Fashion illustration. Chiarra created the brand Urban Dashiki Jackets in 2016 and is the Head Designer and Product Developer of the brand. Chiarra's designs have been featured in two of R&B artist Ray J’s music videos, Church on Sunday Morning and Peanut on The Way. Her designs have also been worn on VH1’s Love & Hip Hop Hollywood.

Currently, Chiarra works for a privately-owned company in Valdosta, Georgia that advocates for individuals with intellectual disabilities. When Chiarra is not advocating for her clients, or designing, she is serving her community. Chiarra is a Member of Alpha Kappa Alpha Sorority, Inc, where she volunteers in her community. Chiarra's goal is to own her own clothing label that promotes body positivity, self-love, and a healthy self-awareness to everyone around the world.